Following our early spring 2014 sighting of a single white meconella, or Meconella oregana, plant having potentially grown from the seeds we planted last year, we sprung into action and moved ahead to try a second year at reintroducing the species to Mt. Sutil’s mossy sun-soaked cliffs.

We subsequently went up in mid-May and early June 2014. Scheduled alongside 4 days of intense Scotch broom removal on the property, a subset of our field team went down to the site of the previous sighting. While we did not again see the plant that was discovered in March by Lia and Ken, and seen again earlier in May by Jenna and Ken, we had already planned to set up a new planting sight a bit southwest of the previous location. 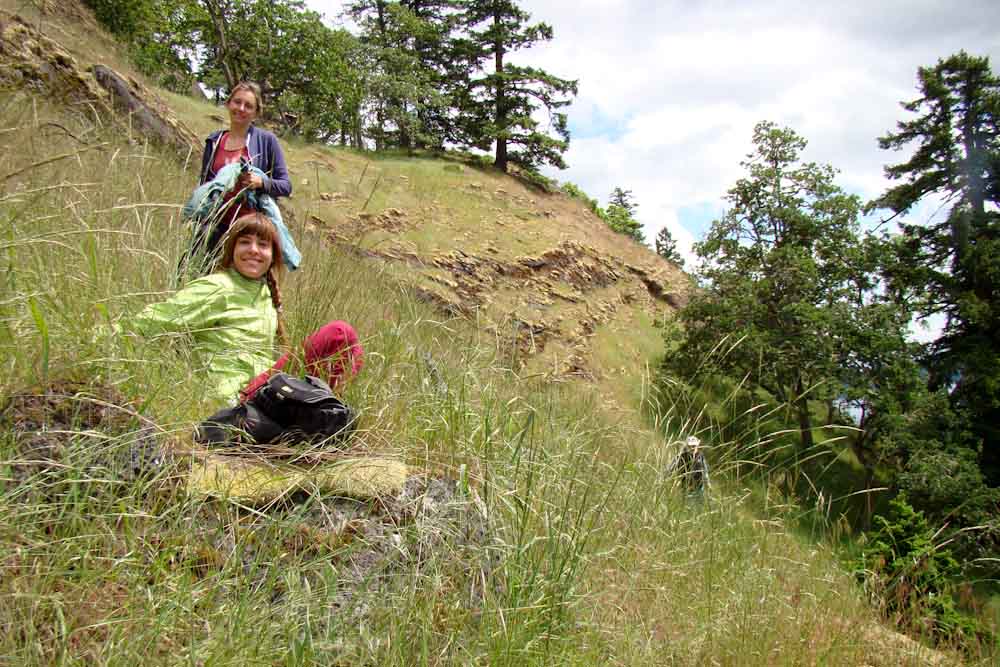 Once we had determined the best possible location (not too much moss to choke out the seedlings, right slope, aspect, drainage, etc.), we began dividing a small 1 meter by 1 meter plot into two halves. One half saw the seeds gently dispersed by hand directly onto the bare ground. The other half saw the seed pods (with seeds remaining inside) carefully attached to toothpicks, to simulate still being attached above ground to the plant. This was done for experimental purposes, as this kind of reintroduction for this species has, to our knowledge, never been attempted before. It is not known whether the seeds are dispersed from the air, scattering directly from the pods, or if the pods drop as a unit, seeds included.

We still are learning what works best for these tiny plants to take hold, so we diversified our techniques and hoped for the best. 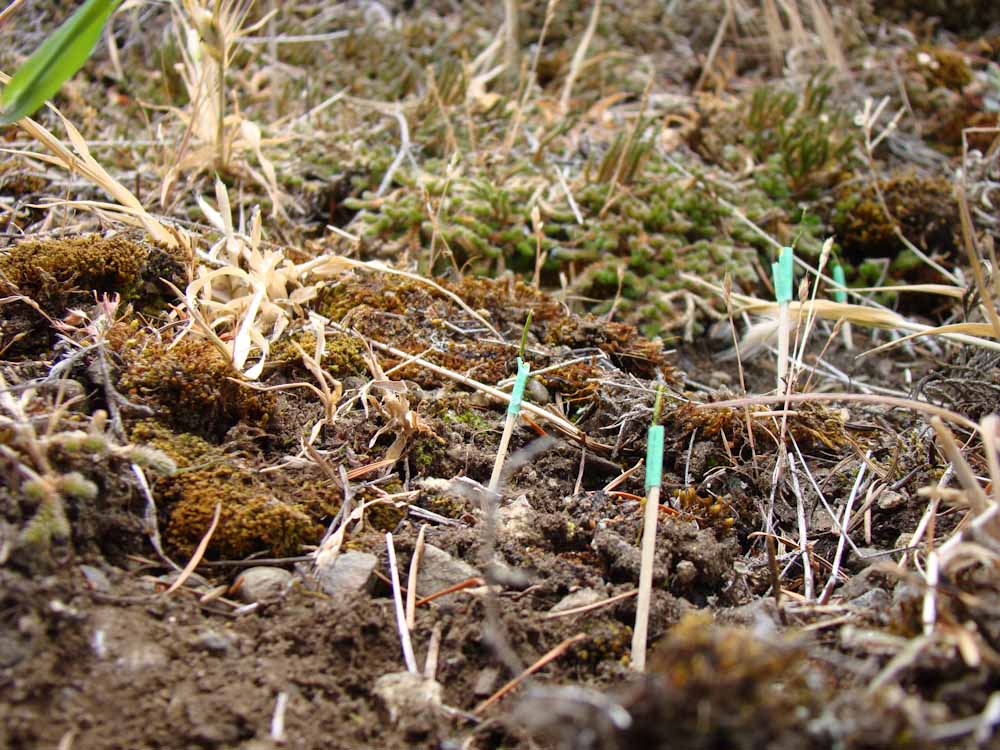 Experimental plot B: “The toothpick trial” – check in next spring and see if these variations made a difference to propagation success! (Photo: Jenna Falk)

Posted in Species at Risk, Terrestrial.