Laughlin Lake provides the headwaters for Greig Creek on Galiano. The 13 hectare lake is part of a 27 hectare protected area purchased by the Galiano Conservancy Association and partners in 2001. The location of the lake puts it between several other protected areas in the mid island region making it key to landscape level connectivity. 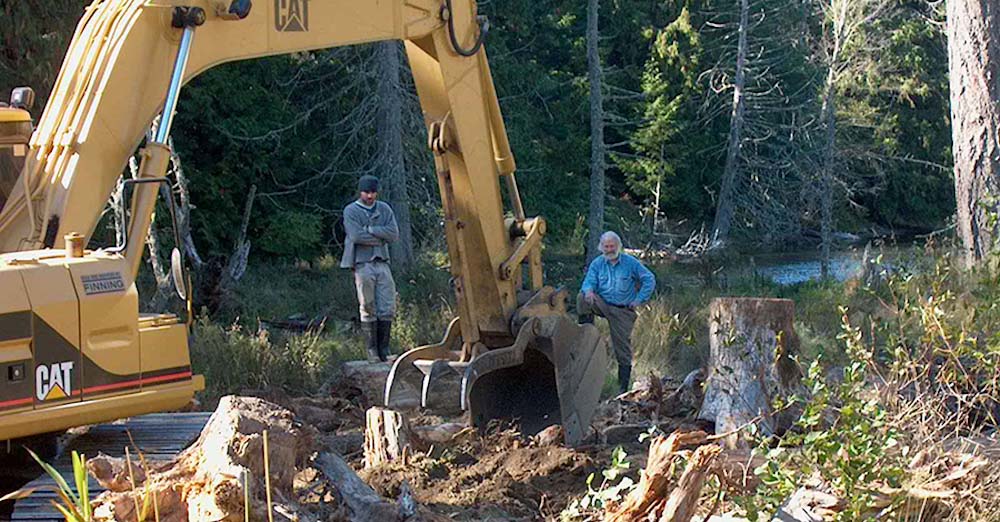 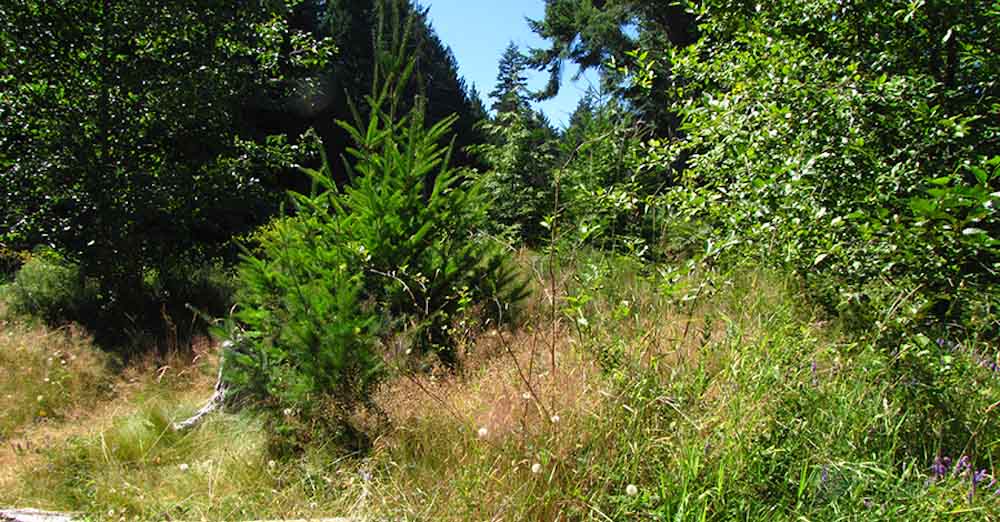 The lake was recognized in print for the 1873 preemption grant for the lake and 160 surrounding acres, down to Retreat Cove. By the 1888 crown grant survey the lake was noted and mapped as a ditched field under cultivation. The lake bed seems to have continued to be employed in agriculture at least into the mid 20th Century. It was not until the 1970’s, presumably when beavers re-colonized the area, that standing water began to collect in the Laughlin Lake basin. In the late 1970’s the east end of the lake was heavily disturbed by a gravel pit operation that mined up to the waters edge, a bay was created in the depression left by the gravel extraction expanding the lake area. In the 1990’s more disturbance was created through the construction of a major road that crosses the island, skirting the east end of Laughlin Lake. By the 1990’s the lake was filled, once again resembling its 19th Century levels. The disturbed land around the East end of the lake was then invaded by Scotch Broom. 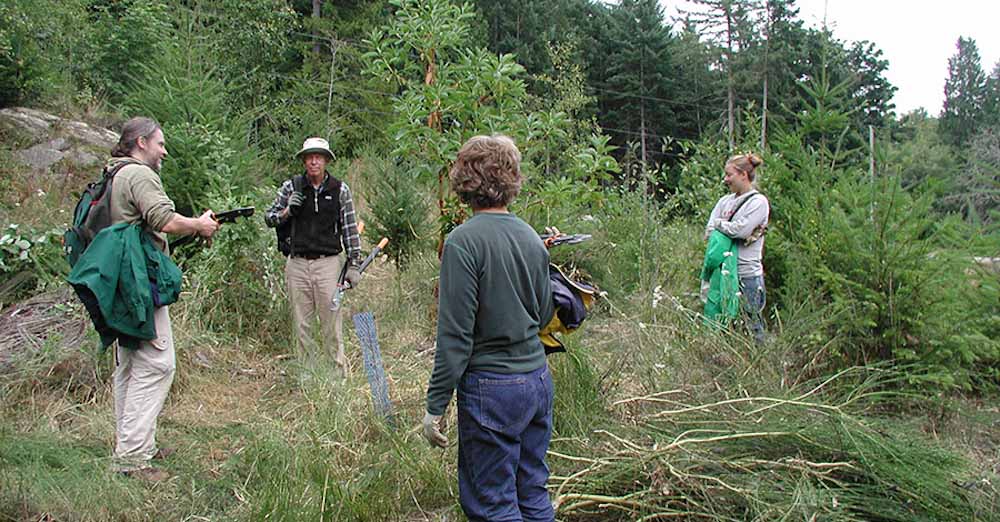 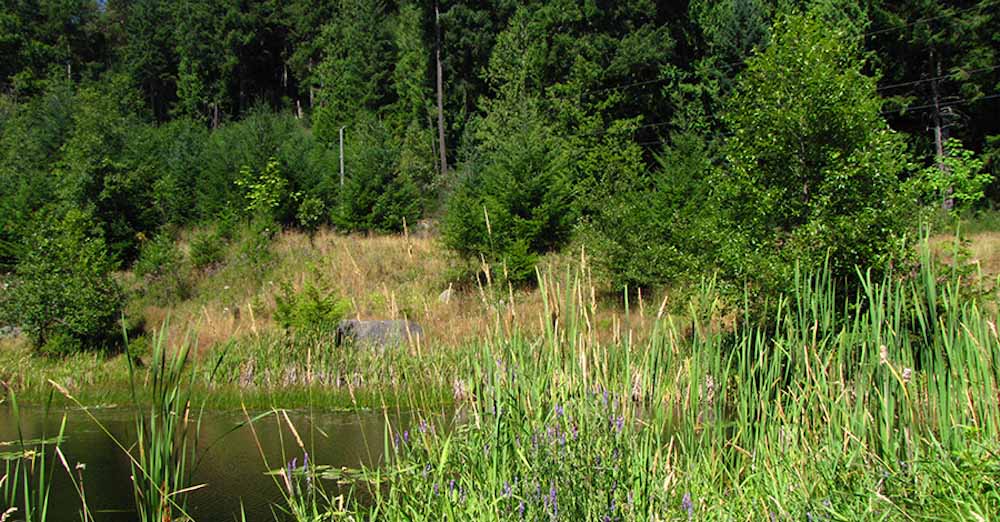 We planted these trees to eventually shade out the broom

This long history of Laughling Lake’s disturbances did not stop us from seeing its ecological value. Through ongoing restoration projects, we have seen the lake return to a more natural state, and it now serves as very important wetland habitat for many native species.