The yellow blooms that pepper rocky outcrops and disturbed slopes each spring signal the advent of the Galiano Conservancy’s annual Scotch broom removal campaign. As has become tradition, interns and the summer students, led by the fearless Jenna Falk, hike up the face of Mount Sutil every year armed with loppers and harnesses, ready to take down new growth.

Mount Sutil, located in southern Galiano, is home to a diverse array of plant and animal species that inhabit the grasslands, bluffs, and forested areas of the mountain. The land includes rare Garry oak and associated ecosystems, which are home to more plant species than any other land ecosystem in coastal British Columbia. The Galiano Conservancy holds title to a 40-acre parcel of land on this mountain and for years has engaged in ecological restoration efforts to rid these precious habitats of invasive species such as Scotch broom. 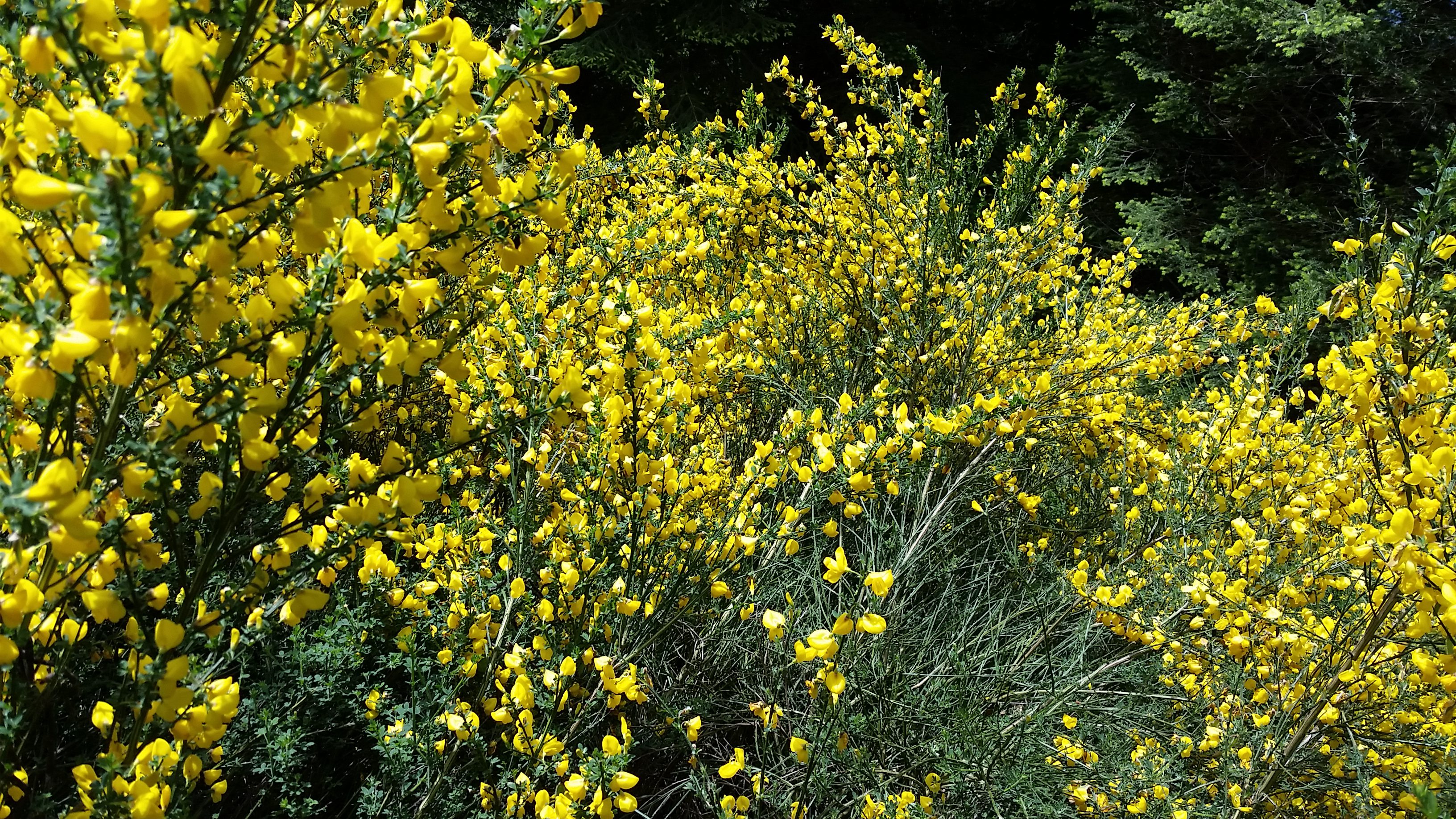 Scotch broom (Cytisus scoparius) is an invasive evergreen shrub that dominates disturbed land areas and often outcompetes and displaces native plant species. The plant is hard to miss in spring and early summer as it develops vivid yellow flowers that can be spotted from afar. During this season, Scotch broom plants begin to develop hairy seed pods. Mature plants can develop as many as 3500 seedpods, each containing 5-12 seeds (that’s a total of 42,000 seeds!). This prolific spreading is why a good broom team, whenever possible, leaves no plant behind. This is not always an easy feat when working on steep slopes or cliff edges. Broom removal work in areas such as Mount Sutil requires attention to safety at all times.

To prevent the spread of Scotch broom, larger plants can be removed by cutting the very base of the stem at ground level, while those with a stem less than a half inch thick may be pulled by hand with care not to disturb the soil too much. Broom needs sun to survive and the seeds similarly need it to germinate. It is best that plants be dragged into shaded areas to prevent their propagation and encourage them to decay. 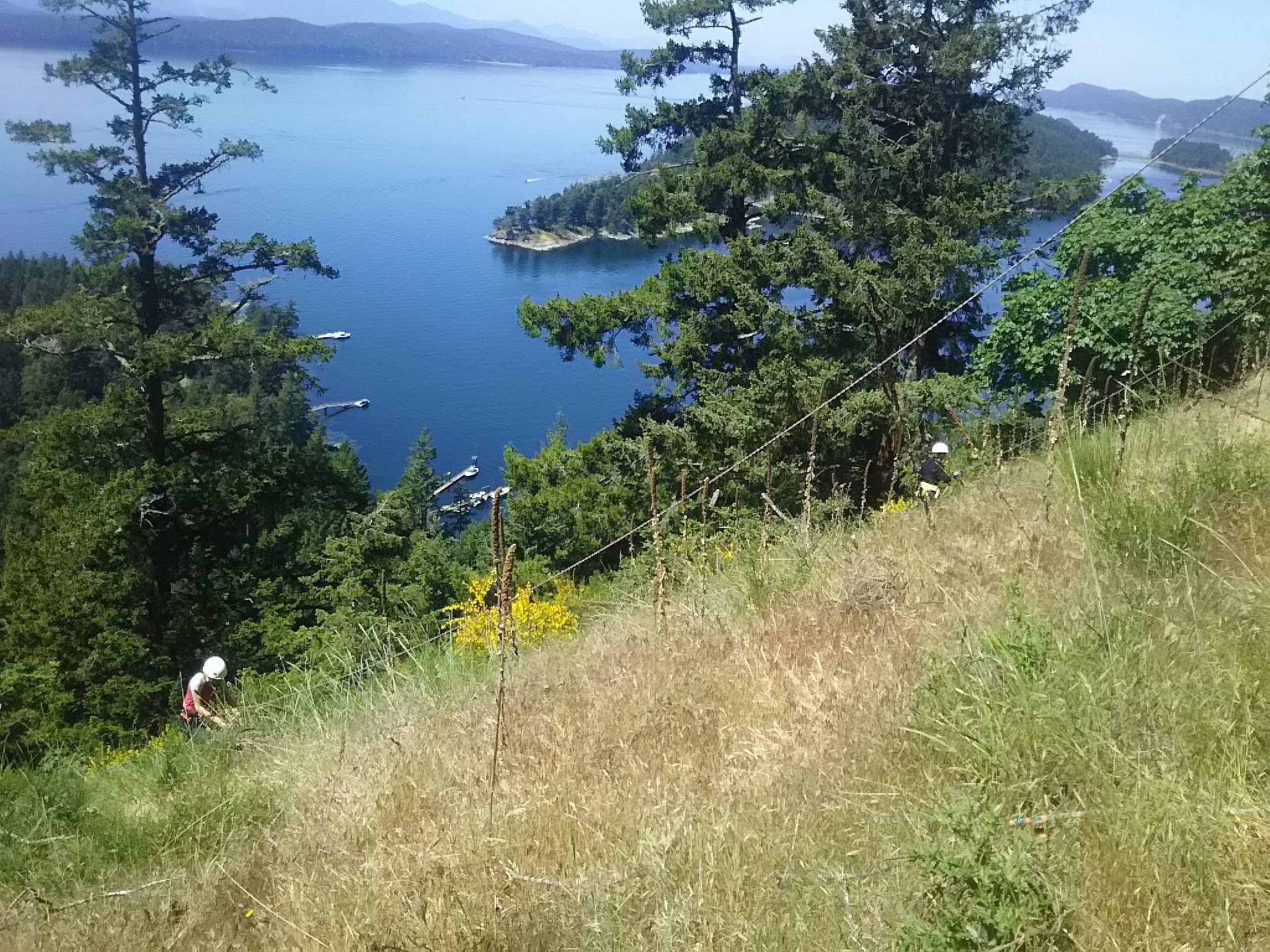 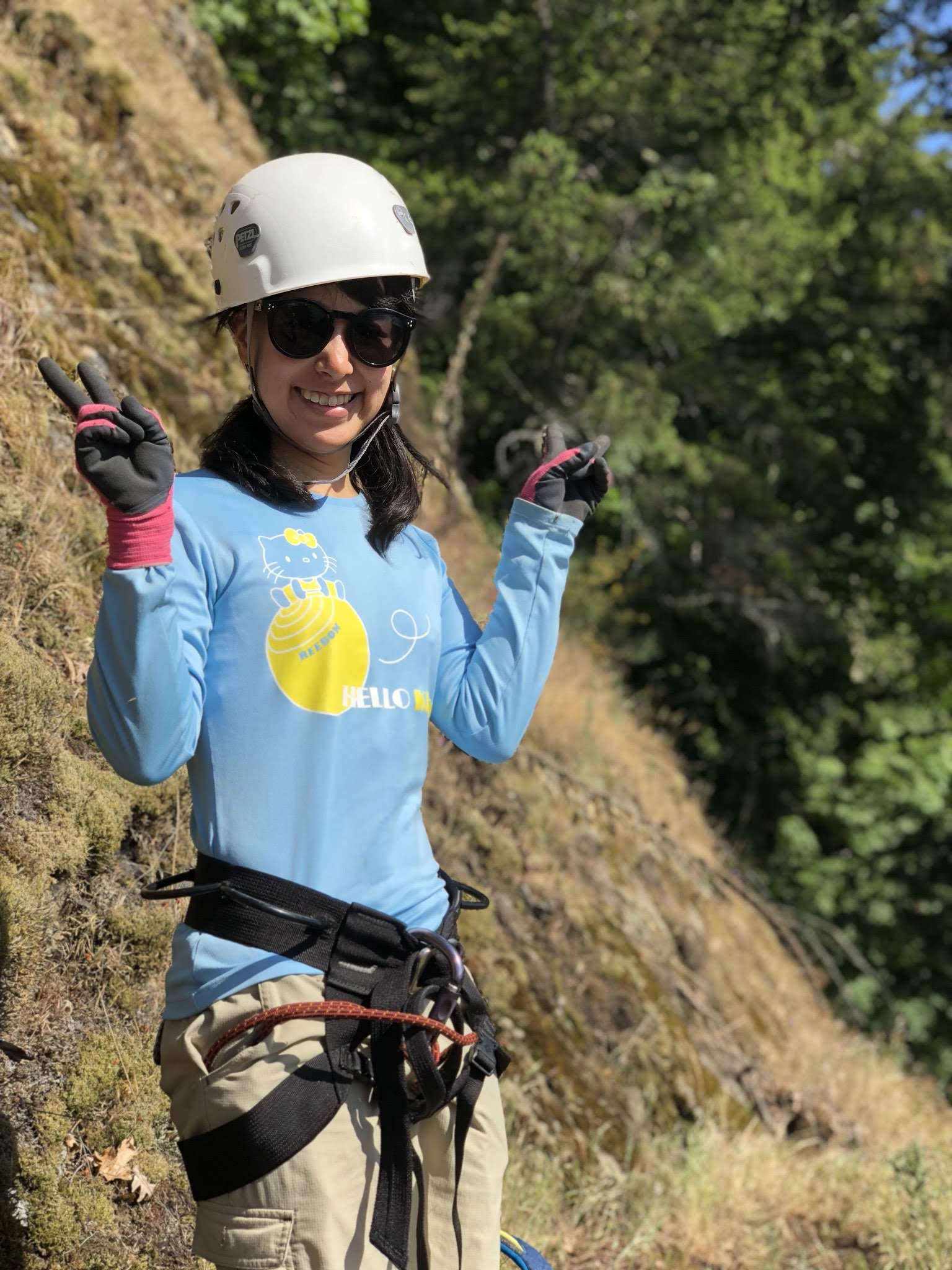 On a clear Tuesday morning, the Galiano Conservancy’s summer group paddled from Montague Harbour to the base of Mount Sutil to partake in the annual battle of the broom. A kayak and canoe were generously donated by Gulf Island Kayaking for our use. The two days that followed saw our energetic team of 5 removing the mountain’s broom population, scouring meadows and scaling slopes with the aid of harnesses and ropes to attend to plants growing in hard to reach areas. The result of our efforts? Hundreds of broom plants removed and piled away in shady areas, making way for the eventual reestablishment of native plant species.

The restoration work will continue annually, but each year constitutes a step forward in controlling broom populations for the benefit of these valuable ecological habitats. 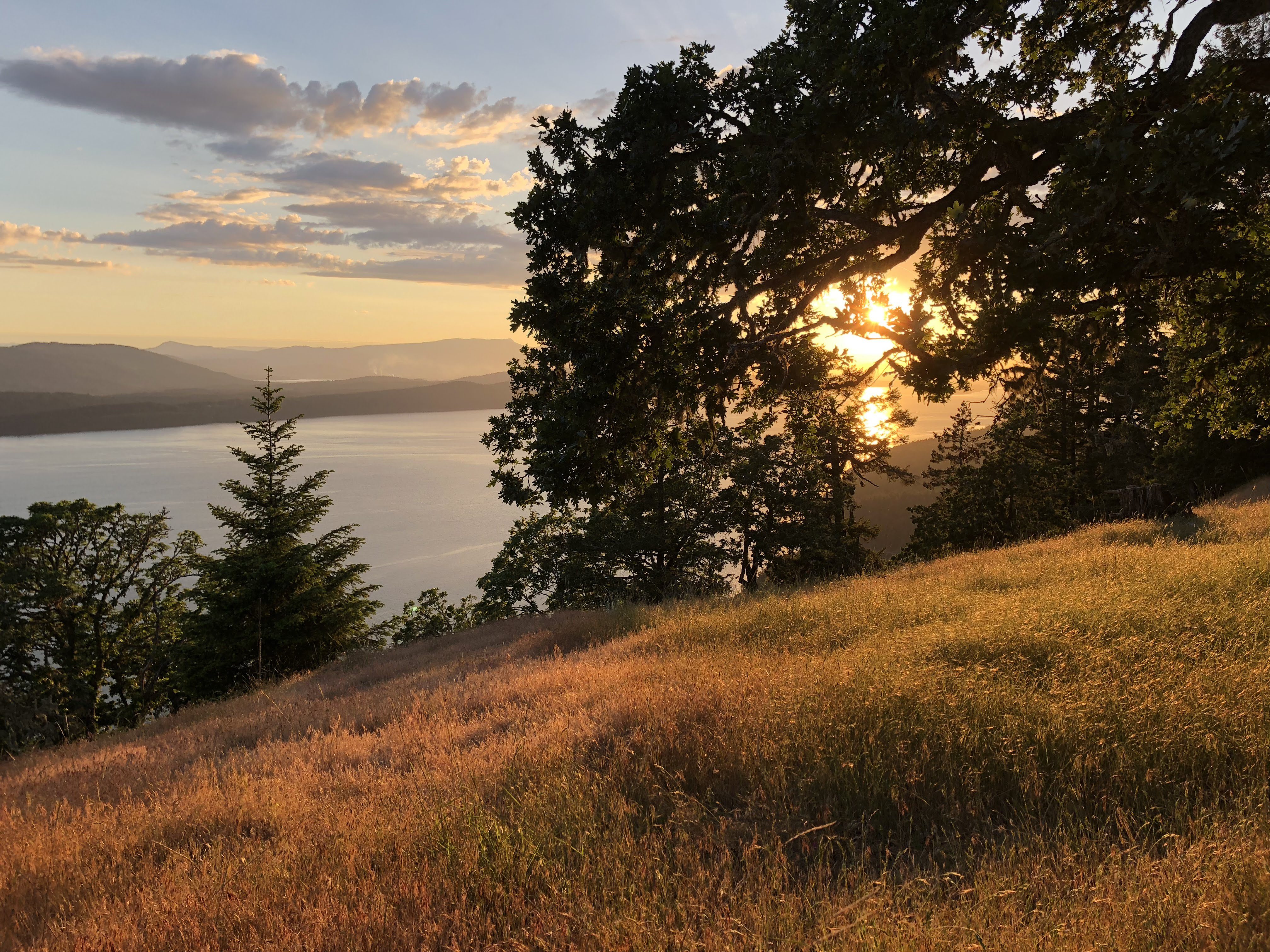 The golden hour from atop Mount Sutil. Photo: Jenna Falk

Laurel Sleigh is the 2018 restoration technician summer student for the Conservancy. She is primarily responsible for the facilitation of the rockfish conservation project but also supports other ongoing projects involving ecological restoration and education.