We were also joined by Indigenous interpreter Levi Wilson, who gave us insight into the ancient habitation of Montague Harbour or Sum’nuw, the harbour’s Hul’qumi’num name. Sum’nuw’ meaning “a hidden place” in Hul’qumi’num, is shared by many nations – like much of the Southern Gulf Islands. Current anthropological research suggests the harbour has been inhabited for over 3,000 years, however there is evidence of people living in Sum’nuw’ for even longer.

For our territory acknowledgement and to learn more about our shared territory, watch this video. Acknowledging Our Shared Territory 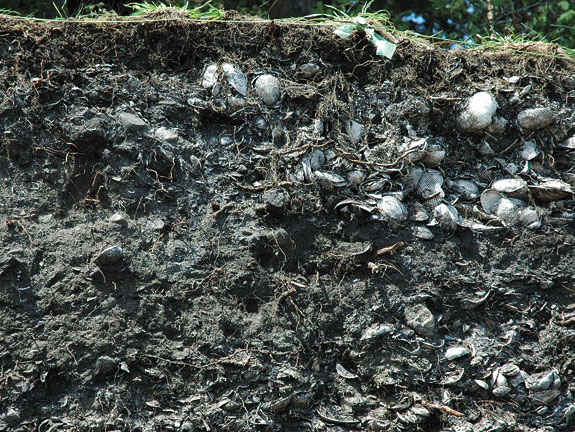 Levi also brought a feather carved out of cedar wood, which was used as a talking feather, giving the children space to introduce themselves. He used the feather and his skillfully-woven cedar bark hat to illustrate the importance of cultural practice in modern times as well as to address how we in western society talk about cultural practice. As an educator concerned with the representation of local Indigenous knowledge and customs, this message struck home to me. Levi explained how we have adopted in our language past-tense verbs to associate with cultural practice. For example, one might say “Hats were woven from cedar bark.” However, this statement is erroneous in nature as many of these cultural practices are still used today.  Adopting present-tense verbs when speaking about cultural practices not only validates their current practice, but also serves as a powerful reminder that they are far from a “relic of the past”.

We then went exploring in the intertidal zone. We found so many cool creatures including: tidepool sculpins, sea stars, polychete worms, flat worms, a spaghetti worm, clams, crabs (including a big red rock crab) and so much more.  The kids loved learning about all the various sea creatures, and we continued the learning by doing a teaching train on the dock—an activity where students teach other what they’ve learned.  The public on the dock also learnt about sea stars and sea urchins. We also found a beautiful kelp crab to show off to everyone. 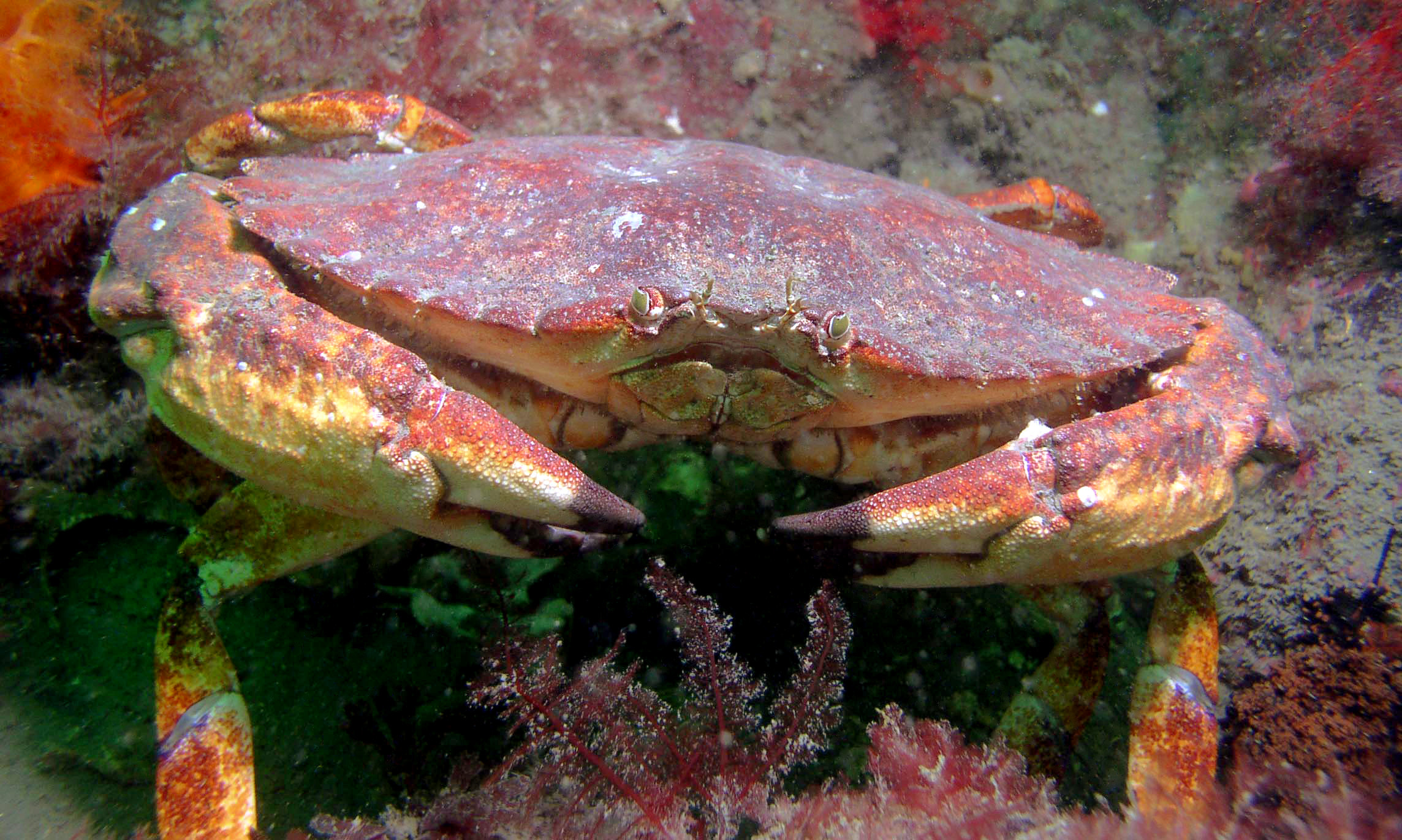 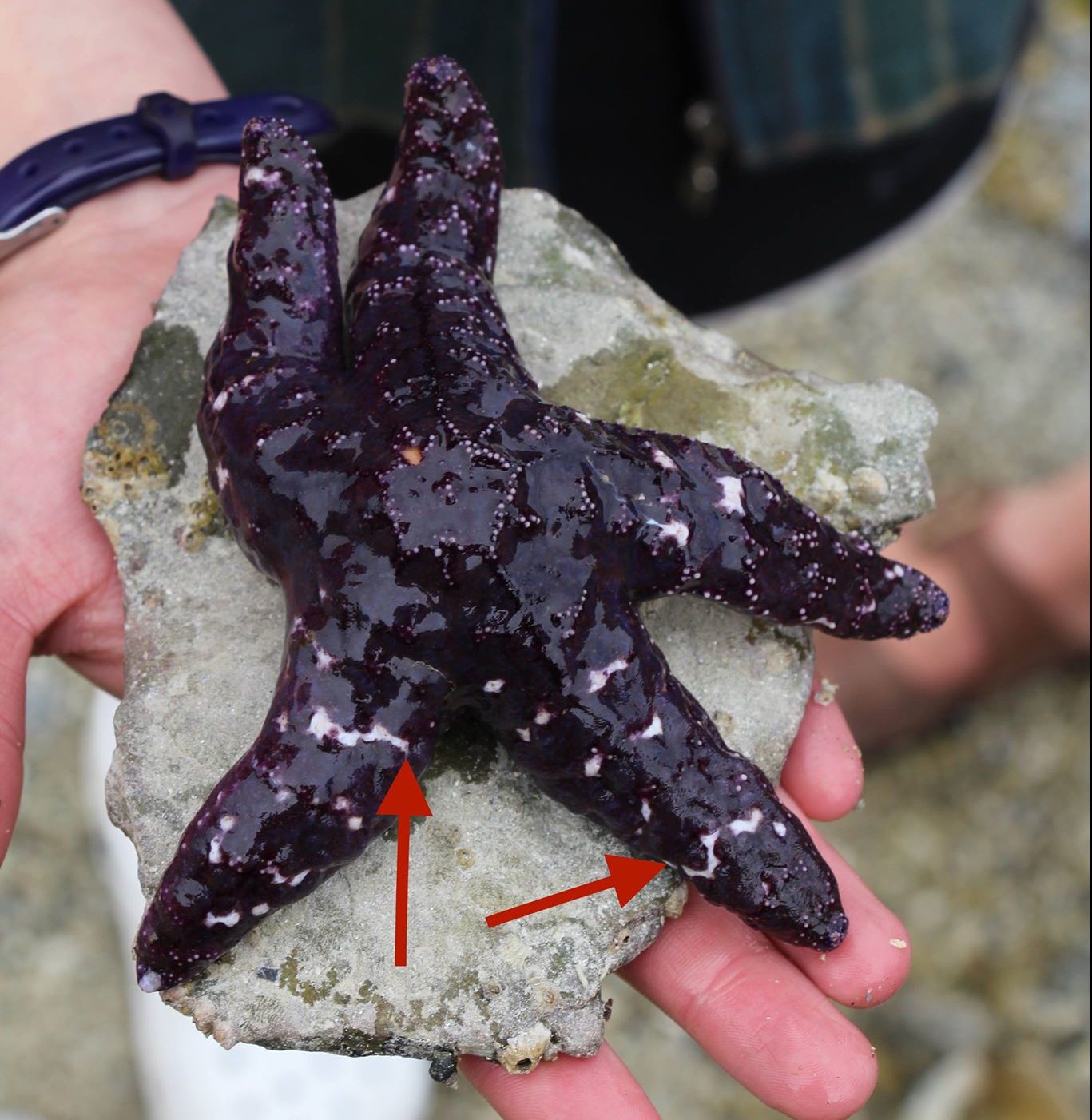 Healthy sea stars, as seen in the photo below, can actually regrow their limbs, although it is a rather slow process. 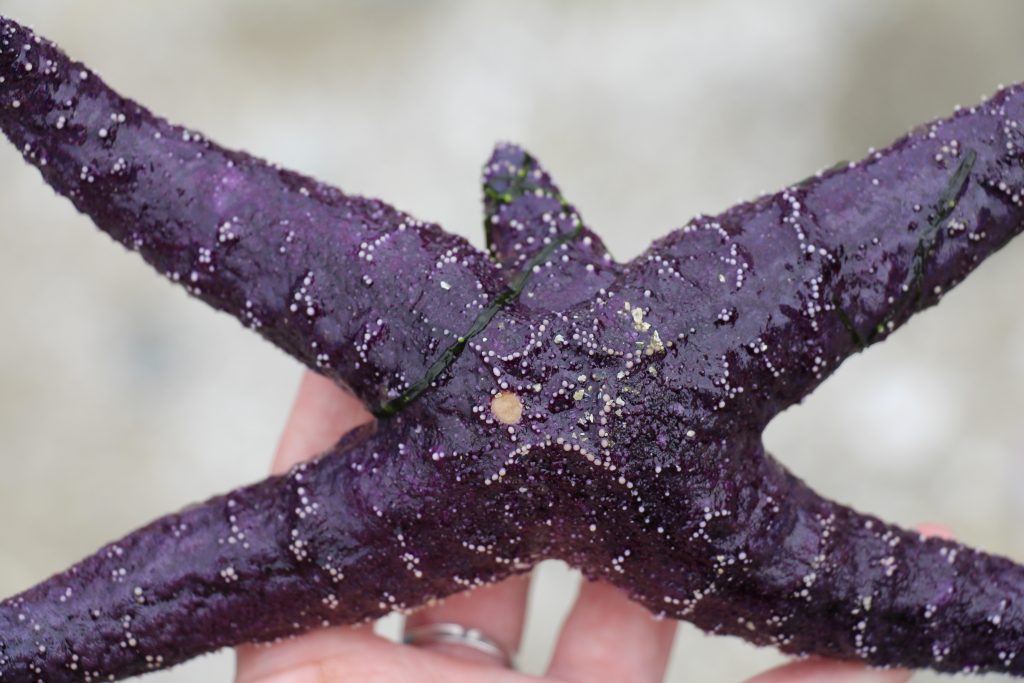 Healthy Ochre or Purple Sea Star growing back its limb

It was a great day, with both the kids and the public leaving inspired to learn more about the marine environment.

Emily earned a BSc. in Environmental Science from Royal Roads University. Emily has worked with a diversity of environmental entities in the clean technology industry, in social-environmental non-profits and in academic communities. As a scientist and artist she combines her technical knowledge and creative approach to teach about unique pacific-northwest ecosystems and to explore the complex relationships between people and the environment.